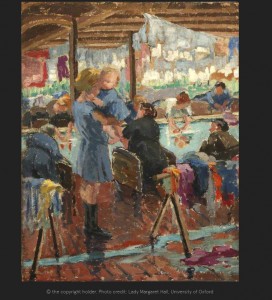 The Baths by Josephine Mason (1872-1952). Courtesy of Lady Margaret Hall, University of Oxford.