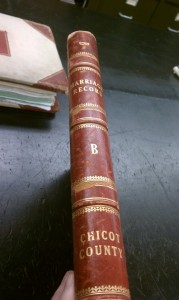 
Except for one, all the children, were born in Chicot County, Arkansas at the Florence Plantation or Lakeport Plantation.  Linnie Johnson was born in Lexington, Kentucky in September, where the family spent their summers. The couple’s first three children died within three weeks of each other at the Florence Plantation in Arkansas.  Mostly likely the cause of their early deaths was a cholera, yellow fever or influenza epidemic.  Those three children are buried at the Frankfort Cemetery in Frankfort, Kentucky.  The two children who died at Lakeport Plantation after the Civil War, Cable (d. 1867) and Julia (d. 1869) are buried at Lakeport.  Lydia and Lycurgus are both buried in the Frankfort Cemetery near Lycurgus’ father, Joel.  It is unclear where Lycurgus’ mother, Verlinda Claggett Offutt (1795-1868), is buried.  There is no marker for her at Frankfort Cemetery and she’s not listed on Joel’s obelisk marker.
Tags:HistoryLakeportLycurgus JohnsonLydia Taylor Johnson
Next Post
Previous Post
Next Post
Previous Post