Lakeport Plantation’s monthly history talk, Lakeport Legacies, will feature Mason Toms. In his talk, “Clean Lines and Open Fields: A Look at Mid-Century Modern Architecture in the Arkansas Delta,” Mr. Toms will explore the region’s most interesting Modern architecture. Structures like the old Dermott State Bank (now Simmons) and St. Luke’s Lutheran Church in DeWitt exemplify the optimism and booming economy of the decades after World War II. Today Modernist architecture is gaining the appreciation of both historians and architecture buffs for its clean lines, functional planning, and futuristic detailing. 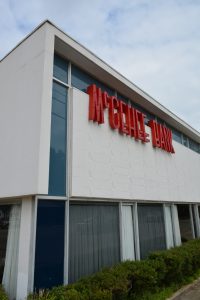 McGehee Bank. It was not uncommon for banks to build grander examples of Mid-Century Modern architecture in smaller, rural towns. The architecture signaled trust and stability through “modern and up-to-date” practices. The Modernist-style McGehee Bank, built in 1960, was designed by Little Rock architect Edward Brueggeman 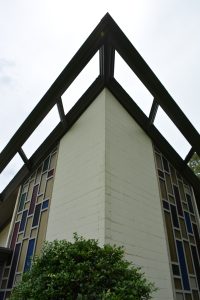 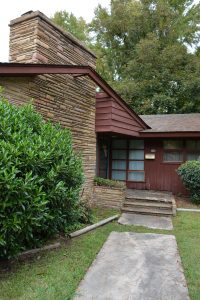 Dr. H.W. Thomas House, Dermott. Modernist residences in the Delta, like Dr. H.W. Thomas House in Dermott, emerged in the post-World War II ear. Built in 1954 by an unknown architect, the design is heavily influenced by the work of Frank Lloyd Wright. The design is low and somewhat “hugs” the ground. The heavy use of natural materials in the exterior cladding ties the building to the earth in Wrightian fashion.