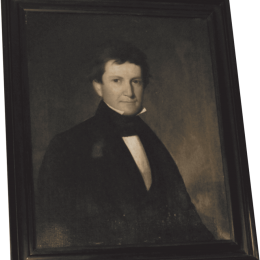 John Drennen, a merchant and politician who co-founded Van Buren (Crawford County) in 1836, was also a prominent planter in Chicot County. Tom Wing, Director of the Drennen-Scott Historical Site, will discuss Drennen’s unfinished legacy in Chicot County. Drennen and his estate owned the Deerfield Plantation, later renamed Drennen Dale. In some historical accounts, part of Drennen Dale was donated to Chicot County to form a new county seat at Lake Village. The Drennen-Scott House in Van Buren was continually occupied by descendants of John Drennen from 1836 until it became part of the University of Arkansas at Fort Smith in 2004. The restored house is an integral part of UAFS’s Historical Interpretation Program.