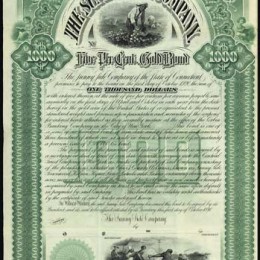 Lakeport Legacies — Film: When You Make a Good Crop

Posted in event, Lakeport Legacies, News
Join us for a showing of the film When You Make a Good Crop: Italians in the Delta. Filmed in 1986, the 28 minute feature traces Italian heritage and beginnings in the 1890s as tenants and sharecroppers on Sunnyside plantation and their legacy in the Delta in the 1980s.
July 25, 2013
Refreshments @ 5:30 pm
Film @ 6:00 pm

Posted in News
NASHVILLE, TN—June 2013—The American Association for State and Local History (AASLH) proudly announces that the Lakeport Plantation is the recipient of an Award of Merit from the AASLH Leadership in History Awards for Lakeport’s Permanent Exhibits. The AASLH Leadership in History Awards, now in its 68th year, is the most prestigious recognition for achievement in the preservation and interpretation of state and local history.
In September 2012, permanent exhibits were installed at the Lakeport Plantation house near Lake Village, Arkansas along the Mississippi River. Lakeport, an Arkansas State University Heritage Site, is one of Arkansas’s premier historic structures and the state’s last antebellum plantation house along the Mississippi River. The interpretation tells a remarkable story of Delta laborers, families and the plantation cotton economy that built and sustained the Lakeport house in 1859 until its restoration between 2002-2007.
The achievement of Lakeport’s permanent exhibits is telling this unique Delta story and its plantation heritage while maintaining the historic integrity of the Lakeport house and weaving together the stories of planters, enslaved laborers, sharecroppers, farm laborers, craftsmen, and preservationists. Since the house had changed little since its 1859 construction, the goal was to treat the house as the major artifact.  To meet that goal, unobtrusive exhibits, designed in collaboration with Quatrefoil Associates of Laurel, Maryland, complement the restoration and preservation of original architecture and historic paint finishes. No interpretation is placed permanently on walls; instead minimalist-styled exhibits tell Lakeport’s stories Original furniture and smaller artifacts, displayed in vitrines, complement Lakeport’s interpretive themes throughout the house. Other innovative media engage visitors: projection of images, text and video onto walls; oral history kiosks, and soundscaping makes the house feel inhabited.
This year, AASLH is proud to confer eighty-eight national awards honoring people, projects, exhibits, books, and organizations. The winners represent the best in the field and provide leadership for the future of state and local history. Presentation of the awards will be made at a special banquet during the 2013 AASLH Annual Meeting in Birmingham, Alabama, on Friday, September 20. The banquet is supported by a generous contribution from the History Channel.
The AASLH awards program was initiated in 1945 to establish and encourage standards of excellence in the collection, preservation, and interpretation of state and
local history throughout the United States.  The AASLH Leadership in History Awards not only honor significant achievement in the field of state and local history, but also brings public recognition of the opportunities for small and large organizations, institutions, and programs to make contributions in this arena.  For more information about the Leadership in History Awards, contact AASLH at 615-320-3203, or go to www.aaslh.org.
The American Association for State and Local History is a not-for-profit professional organization of individuals and institutions working to preserve and promote history.  From its headquarters in Nashville, Tennessee, AASLH provides leadership, service, and support for its members who preserve and interpret state and local history in order to make the past more meaningful in American society.  AASLH publishes books, technical publications, a quarterly magazine, and monthly newsletter.  The association also sponsors regional and national training workshops and an annual meeting.
###