A few items related to Lakeport and history in general appeared in the media recently.

First, the Log Cabin Democrat (Conway, AR) published a little story about the restoration of our piano back on June 29.
Second, that story was picked up by the AP and republished in the Arkansas Democrat-Gazette (behind pay wall) on Sunday in the Little Rock edition and today (Monday, July 12) in the state edition. The stories are essentially the same, with some minor editing by the AP. The one thing they didn’t fix is the wrong date for the construction of Lakeport. It’s 1858/1859, people. That time frame is based on historical documents and dendrochronology of the large beams in the attic. I have not idea where they got the 1856 date.
Third, the Sunday Democrat-Gazette (paywall, but see link to text in the bibliography) published an interesting guest column titled “‘Historical truths’ not always based in fact” by Elliott West, a Distinguished Professor of History at the University of Arkansas. The column is a response to a July 6 column by Mike Masterson, opinion editor of the NW Arkansas edition, titled “Deconstructing history.” The issue on the table for Masterson is the historical relationship between African Americans and the Democratic Party. Masterson recites arguments based on “historical facts” he heard recited by a speaker at the Arkansas African American GOP Caucus. The issue for West is Masterson’s understanding of history and “facts” and not checking if they are true or not. West writes, “The majority of the ‘historical truths’ in Masterson’s column are, to borrow his own opening words about what he has been taught, ‘incomplete, inadequate and just plain wrong’.”
Masterson’s agenda is to paint Democrats consistently on the wrong side of slavery and African American Civil Rights throughout history. Oversimplified political rhetoric like that does not make for good history. West, a world-class historian, catalogs Materson’s errors, half-truths and omissions. For instance, Masterson claims that the Missouri Compromise “reversed earlier abolition and allowed slavery in much of the federal territory.” West points out there was no government effort to end slavery, but the Compromise did forbid slavery in western federal territories north of Arkansas. Masterson’s errors of omission are just a egregious; while he notes the first African Americans elected to Congress were Republicans, he fails to mention “that Republicans almost wholly abandoned the interests of former slaves, and in the 1930s…the Democrats found it useful…to step up on their behalf…and most African Americas switched parties.”
The historical complexity of politics and racial allegiance applies to Arkansas as well. Of the 85 African Americans elected to Arkansas General Assembly in the 19th Century, only a handful were not Republicans–two Democrats and at least four Greenbackers. In 1874, Democrats “Redeemed” state government and ended Reconstruction, but blacks were still in representative government until the passage of the Election Law of 1891. The bill, passed largely on party lines, helped suppress black Republican votes and rural third parties like the Agricultural Wheel. After 1893 there were no African Americans elected to the General Assembly until the 1970s, when they were elected as Democrats.
The shift to the Democratic party began in the late 1920s with the formation of the Arkansas Negro Democratic Association. In the early 1920s, the Republican Party’s Lily White movement (which also reared it head in the 1890s) tried to force out black Republicans like Scipio Jones from the Arkansas Republican Convention. The exclusion of black delegates in 1920 led black Republicans to nominated their own gubernatorial candidate, John H. Blount, a Forrest City educator and former slave.
The founder of the Arkansas Negro Democratic Association, Dr. John M. Robinson, acknowledged his own ties to the Republican Party—his grandfather was a Republican and Robinson voted Republican all his life; however, Robinson, according to an Arkansas Gazette account, “expressed the opinion that after 60 years of proof of gratitude for ‘emancipation,’ the negroes of Arkansas now should be free to express their admiration for [Arkansas’s Democratic] Senator Joe T. Robinson.” The Preamble to the October 1928 Constitution and By-Laws and Order of Incorporation of the Arkansas Negro Democratic Association of Arkansas stated:

Based upon conclusions established by years of experience, it is the common understanding of the American people that government functions can be best promoted and maintained by or through political parities with well defined ideologies, and feelings that we have proved our loyalty and expressed our gratitude to the Grand Old Party of Abraham Lincoln and that the day has arrived that the Negroes of this country must become more largely interested and integrated in all political faiths and creed, and feelings that those of who find ourselves in accord with political philosophy of Thomas Jefferson—the founder of the Democratic party—that shall take this method to declare our faith in and allegiance to the principle of the Democratic Party and in order to unite Negroes and promote continued service and activity, we have this day ordained and established this Constitution and By-Laws.

The ANDA’s 80 year old political rhetoric is a bit opaque, but it plays fewer games with facts and history than today’s rhetoric. Of course, the ANDA rhetoric was part of a larger political strategy to win back the right to vote and to do that within the only party that mattered in Post-Reconstruction Arkansas–the Democratic Party.
Parts of the history of the ANDA can be viewed at the Mosaic Templars Cultural Center–a museum of the Department of Arkansas Heritage devoted to Arkansas African American History.
Bibliography
Dillard, Tom. “To the Back of the Elephant: Racial Conflict in the Republican Party,” Arkansas Historical Quarterly 33 (Spring 1974), 11-12
Masterson, Mike, “Deconstructing history,” Arkansas Democrat-Gazette, July 6, 2010.
Democratic Committee Scrapbooks, Book 4 in History Commission.
West, Ellitt. “‘Historical truth’ not always based in fact,” Arkansas Democrat-Gazette, July 11, 2010.
Wintory, Blake J. “African American Legislators in the Arkansas General Assembly, 1868-1893,”
Arkansas Historical Quarterly 65 (Winter 2004): 385-434.
Mar112009March 11, 2009November 19, 2014by itswebteam 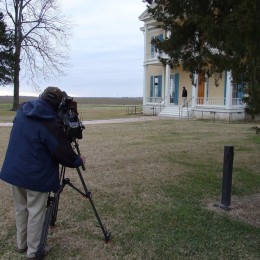 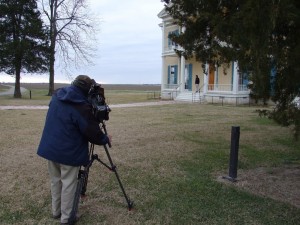